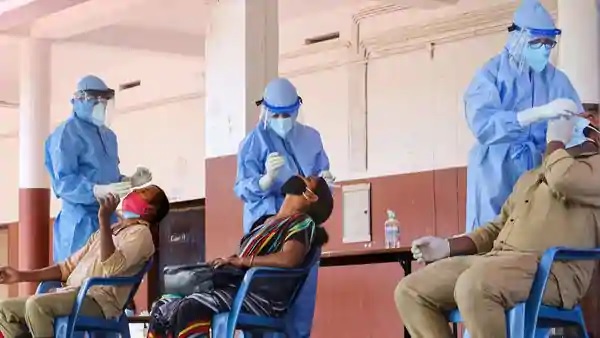 “China confirms human to human transmission of Corona virus” – appeared in 3rd week of Jan 20. By then tally of Wuhan had moved to 200+. News came that, lockdown was imposed in Wuhan from 23rd Jan. It was all of sudden. People started cursing Chinese for their bad or rather worst eating habits and what not. Then videos of lockdown started getting viral.  It was unimaginable to see a city of 8 million, looking like ghost city. We didn’t know then, that someday the cities in India with 10+ million population (including the one, which never sleeps), were also going to bear the same look.

India identified its first patient on 30th Jan. Then news of cases started popping up and tally started increasing. Then the congregation blunder surfaced and then there was no stopping. Hats off to administration of all the state governments, for their efforts in tracking possible infected patients. By then possibly, Corona had spread across country and there was no stopping. Uncertainty increased with helplessness of administration in controlling the spread.

By then, the belief among people was firm that Corona leads to painful, untimely death. I remember, in early March-20, me and my father in law were on the way back to home, from Konkan. We probably, were only ones, wearing mask in that train. People looked at us, as if we were from other world. But, that was the time that the restlessness had set in.

Those days everyone was glued to TV sets to find tally increasing by the day and Maharashtra emerging to be the worst hit state. By mid March, lockdown talks started among people. And eventually lockdown hit us on 25th March and how hard.

It disrupted businesses, small & big, rather every. People lost jobs and livelihoods, overnight. The worst affected were the migrant, daily wagers. The history will remember their pain, whenever there will be reference of Corona linked lockdown, in future. The Government’s response to their agony was pathetic and to that extent every government across the India failed these poor people. The pictures of migrant walking to his hometown with his kids on shoulder, has been permanently carved on the memory.

By April, Corona was started being referred as, Covid-19. The restlessness had grappled almost all the people, who were reading newspaper or watching TV. Except, some shepherds living nearby us, whose life was not affected at all. First time, I envied them, for their approach to this pandemic.

Everyone had started stocking masks and sanitizer. By then, we added few words like Co-morbidity in our vocabulary. Didn’t know, whom to trust, not to be infected. Lots of Whatsapp messages about how Covid-19 spreads, its life on surface and what not. It was all chaos, but with underlying restlessness, in spite of surrounded by loved ones, 24×7. There were so many first times, during that period. Including, buying vegetables, going to grocery shop was fearful experience. During lockdown, everyone developed skill of washing utensils, clothes.

Then, there was an emergence of overseas study report, which said that people having had BCG shot had less vulnerability. We used to calm our fear with these soothing news pieces. But, then it was eventually thrown out of window, with exponentially rising tally.

Lockdown extended, then unlockdown X.0 series started. Gujarat was probably the first state to open up, almost complete normalcy during day time. Barring train, all the modes of transportations were made available, in Gujarat. Late July- August, the recovery rate improved and underlying restlessness started easing. At least, the chances of survival, had dramatically increased.

As I write, the tally has crossed 8 million. The peak of the pandemic, probably behind us. As the daily rate has fallen from upward of 100 thousand to less than 50 thousand. The restlessness is still there, fear is still there, but people have decided to live with that. Few more unthinkable things happened during this period, Maharashtra couldn’t celebrate Ganapati Festival and Gujarat couldn’t celebrate Navaratri.

Now, a new restlessness or should I say anxiety, linked to vaccine availability!

Someday in near future, there will be vaccine. In few months, this will be all be over. Life will be back to normal. Only memories will remain, that of restlessness, in spite of surrounded by loved ones and agony of migrant labourers.

R-value below 1 now! A sign of situation getting under control?