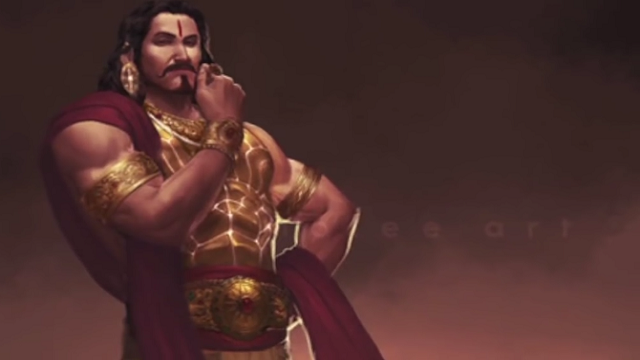 As per epic Mahabharat, after the great war of Kurukshetra, Pandav ruled Hastinapur for 36 years.

Around that time, Shrikrishna left earth, for heavenly abode. Pandav started sensing beginning of Kaliyug. So, they decided, it was time for them, to renounce the world. They handed over reins of Hastinapur to Yuyutsu and made Parikshit the king of Hastinapur.

Who was Yuyutsu, whom Pandav trusted so much? Yuyutsu played a major role in  Mahabharat, as an informant or well-wisher of Pandav, among the Kaurava. He helped Pandav by providing critical information about Kaurav preparation & planning. We can call him Vibhishan of Mahabharat.

Let’s understand about him, through this story.

He is a rare warrior from Mahabharat, who is revered as the one on a high pedestal of righteousness. Though he was born and brought up in Kaurav clan, he could seclude himself from embracing their evil ethos.

Let us go to the times, when Kaurav were born. With Sage Vyas’s boon Gandhari became pregnant. She was pregnant for more than one year, and still the delivery was not in sight. On the other hand Kunti gave birth to Yudhistir, which made Dhrutarashtra impatient. He decided to have a son through Gandhari’s dasi Sugadha. She was not Kshatriya, but belonged to Vaishya varna. Son of Dhrutarastra and Sugadha was Yuyutsu. He was Kuru from father’s side and Vaishya from mother’s side. He was born on the same day as Duryodhan. To that extent, he was younger than Yudhistir and of the same age of Duryodhan. But, he was elder to other ninety nine step brothers and sister Dushala.

Name yuyutsu is coining of two Sanskrit words, Yu + Utsukta. First part of name is yu [original word yudh] and second part is utsu [original word utsuktā]. Yu means ‘to fight’ and utsu means ‘curiosity’. So by coining these two words, the meaning of the name is ‘the one who is curious to fight’. It turned out that, his name was contrary to his personality. All his life he tried to bring peace between Kaurav and Pandav.

Though he was son of Dhrutarashtra, Kaurav never accepted him as one of them, since his mother Sugadha was a dasi. While growing up, he was ill treated by Kaurav. There are not many records of his upbringing, except that, Yuyutsu alerted Bhim about Duryodhan’s plan to kill him by poisoning his water. It was Duryodhan’s second attempt of killing Bhim. After Duryodhan’s first attempt of poisoning Bhim, in fact Bhim had gained strength of thousand elephants. Hence, in spite of alert from Yuyutsu, Bhim drank the water and nothing happened to him.

He was one of the eleven maharathis in Kaurav, who could fight 7,20,000 warriors simultaneously. Dhrutarashtra had appointed Yuyutsu as the viceroy of the Varnavrata region. Once, a coalition of powerful kings attacked Varnavrata. Yuyutsu resisted them and defended the kingdom for six months straight. During all this time, neither Duryodhan nor Hastinapur sent him any help. Soon, after six months, the defeated kings gave up and left. So, it looks like that along with Kaurav, throne of Hastinapur, didn’t care much for Yuyutsu.

There is also a mention that he was present during Draupadi’s swayamvar, though he didn’t participate in swayamvar.

Kurukshetra war was considered to be righteous war, which is regarded as Dharmakshetra Kurukshetra. Warriors from either side were given freedom to choose, which side to fight for. On the eve of war, the conscientious Yuyutsu selected Pandav side to fight for and he fought against his step brothers Kaurav. During the war, he escorted all the ladies of Kuru clan, back to Hastinapur and returned to battle ground. On the twelfth day, he fought Bhagadatta and his elephant Supratika. He also fought Uluka, the son of Shakuni

He was the only Kaurav survivor among the twelve survivors of the great war of Kurukshetra. After the war, Pandav made him King of Indraprasth. He also took care of Dhrutarashtra and Gandhari. Later, when Pandav decided to leave the world, they handed over the reins of Hastinapur to Yuyutsu and left.

One can draw parallels between him and Vidur. Both being sons of Dasi. Both were loyal to Hastinapur throne and both loved and worshipped Krishna.

Hope you liked the story. We will be happy to receive comments and suggestions.