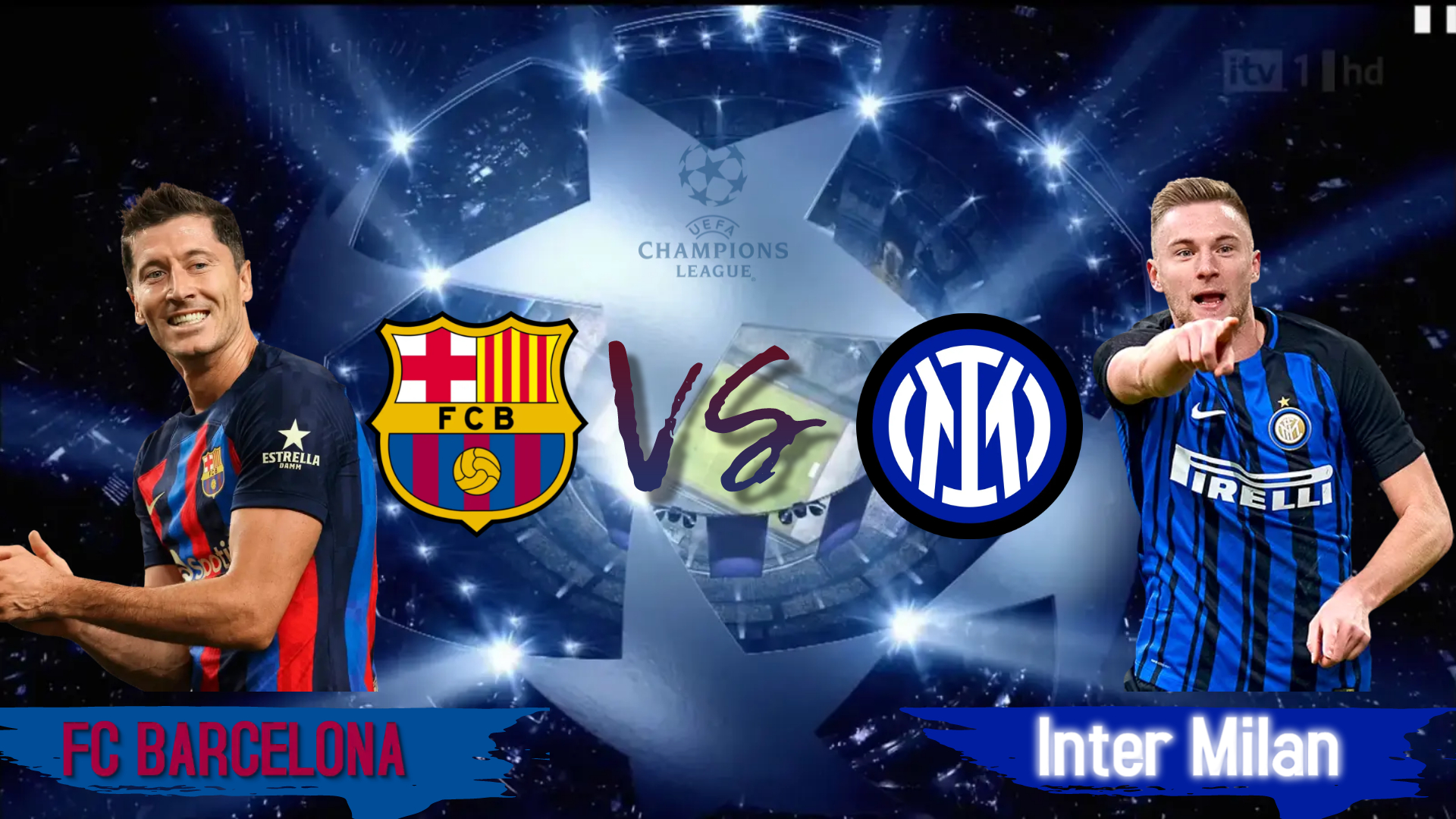 Inter Milan travelled to Barcelona in the Champions League Group Stages as 2nd-place holders in Group C. They were at 6 points out of a total 9, putting them in a more favourable position to qualify compared to Barca’s 3. Inter Milan was still without their solid CDM, Marcelo Brozovic. FC Barcelona was missing several key defenders due to injury, and veteran Gerard Pique was starting instead.

Inter kicked-off the first-half and nearly scored in the 16th minute! Calhanoglu sent in a free-kick which fell kindly for Dzeko whose outstretched leg made a connection with the ball. The ball bounced just short of the goal-line after coming off the post. First blood belonged to Barcelona though, Raphinha did well to keep the ball from going out of play and passed it to Sergi Roberto. Dembele was set up perfectly by Roberto for a tap-in in the 40th and Barca led 1-0 going into half-time.

The second-half was underway in the Spotify Camp Nou with FC Barcelona a goal to the good. Their lead however, did not last long. The Catalan defence fumbled when a cross was sent in from the Inter left flank and was deemed “safe” by Gerard Pique. The tall Spaniard was unaware of the smaller Barella lurking just behind him who controlled the ball and netted it past Ter Stegen. 1-1 and parity is once again established in the Nou Camp! Lewandowski had an opportunity to wipe the smiles off the Inter faces when Pedri headed the ball into his path. His right-footed effort was well-hit but just off the mark.

Inter’s Argentinian number 10 got his moment in the 63rd when his shot came off of both posts and went in. The ball was chested down and struck wonderfully by Martinez when Calhanoglu’s ball found him in the Barcelona box. 2-1 Inter!

In the 82nd, Lewandowski’s shot was deflected off of Bastoni’s foot, taking it away from Onana who watched it go into the net. The game was once again levelled but not for long. In the 89th minute, Gosens was played into acres of space by Martinez in the Barcelona box and made no mistake in slotting it through Ter Stegen. Poor marking by the Catalans and 3-2 Inter!

The game was seemingly another win in Inter’s books were it not for Robert Lewandowski. Eric Garcia sent in a tempting cross into the box in injury time which was latched onto by the Pole to convert his second and Barcelona’s third. The FT whistle went off a few minutes later with the scoreline at 3-3.

FC Barcelona are NOT favourites to be heading into the knockout stages of the Champions League. They would need to win their remaining group games AND count on Inter not getting more than a point in their remaining group stage games. Elsewhere in Group C, Bayern wrapped up a scrappy 4-2 win against Plzen to retain their perfect record.