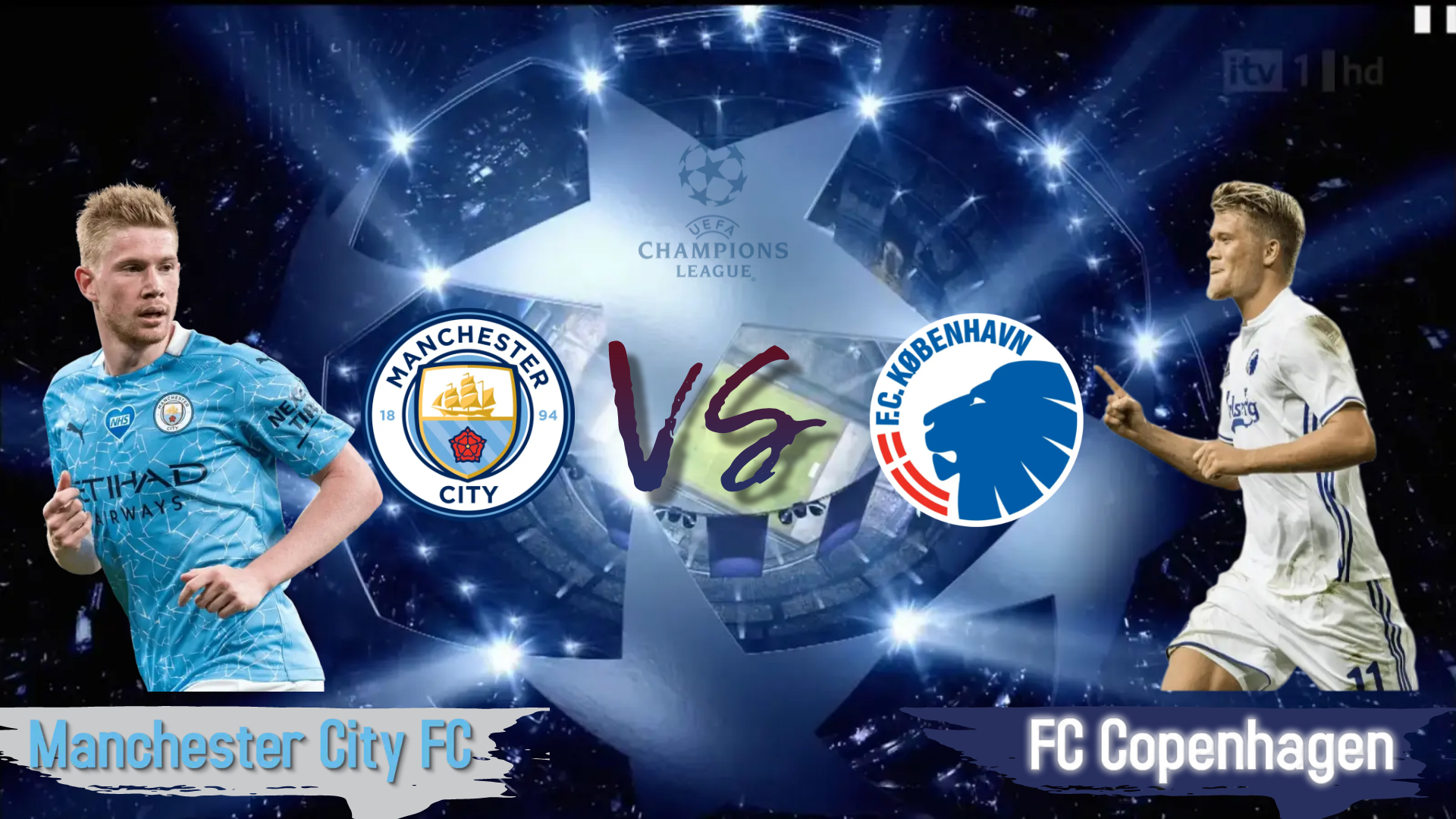 Manchester City hosted FC Copenhagen in the Champions League group stages at the Etihad Stadium. The hosts and the visitors were at the first and the third position in the Group G table, respectively. City was coming off a fantastic run of games in the Premier League as well as the UCL. Their star striker Erling Haaland having netted five in his last three club matches. In stark contrast, FC Copenhagen had won only one of their past five games.

Within only seven minutes after kickoff, Haaland scored his first goal of the game, putting City in front. Cancelo whipped in a tempting cross which was driven home by the Norwegian, putting his side in front! At the end of the half-hour mark, Copenhagen keeper Grabara had put up quite the spectacle to keep the score at 1-0. The Polish goalie had twice denied Grealish, and stopped an effort each from Gundogan, Mahrez and even Haaland. Despite his efforts however, a powerful Cancelo shot palmed off by the keeper set up an opportunity for Haaland to tap the ball into an empty net, which he did. This goal saw Haaland overtake prolific goalscorer Luis Suarez’s UCL goal tally of 27.

City’s third came shortly after in the 39th minute when left-back Sergio Gomez’s effort on goal was twice-deflected before finding the net. After a closer look, the officials credited the goal to Copenhagen defender Khocholova as an Own Goal. The home side headed into the tunnels with a 3-0 lead after the referee sounded the HT whistle.

The beginning of the second half saw Erling Haaland swapped out for youth prospect Cole Palmer. Only 10 minutes into the second-half, the hosts were awarded a penalty which was duly dispatched by Mahrez. This goal added to their tally, making it four goals against the Danish side. The guests got their first good scoring chance of the game when a cross was whipped in for Jensen from the corner. The header was just wide of the post, only adding to their woes. Only a minute after, Grealish, and then Mahrez did beautiful work to set up City’s fifth, scored by Julian Alvarez.

The FT whistle sounded with Manchester City having scored five to Copenhagen’s zero. This was the English club’s third win out of three games played so far in the Champions League this season. Manchester City seems to be on course not only to qualify for the knockout stages, but to also win Group G. Copenhagen dropped down to the bottom of the table after this loss, at only one point scored out of a possible 9.