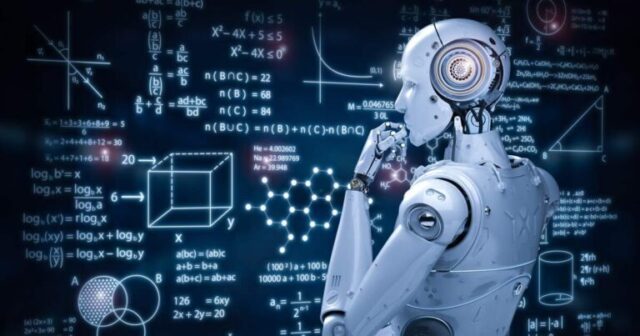 What are DAO’s and AGI ?

Decentralized Autonomous Organizations, unlike traditional hierarchical organizations or for the matter of fact even agile organizations are an interconnected network of individuals which work in a self-enforcing manner with self- defined protocols and are not necessarily bound by legal contracts but rather an ecosystem of trust. The unique idea about these organizations is that they are governed by incentive networks in the sense groups of people from disparate disciplines work together on a project which they feel to be highly instrumental for the progress of humanity and science ,then at the culmination of the project rewards are distributed in proportions stipulated in the smart contracts those which at the genesis of the project the peers had consented upon.

Artificial General Intelligence a discipline created by Ben Goertzel an avid AI researcher, it can be understood and envisaged as an intelligent system possessing the ability to harbor a plethora of mental cognitive states and action capabilities like and more than Humans, possibly it could be a digital twin that leverages on high speed computational advantages. An AGI in contrast with Narrow AI which comprises the current systems in Machine learning discipline , can transcend the barriers that Narrow AI faces because of specialized algorithms that are built for specific use cases whereas AGI can be understood as a general purpose learner constituting in its cognitive organization multiple intertwined yet independent systems the likes of reinforcement learning for grasping new concepts without training data with a purpose of maximizing rewards through trial and error, Natural language processing for deriving important inputs from human interaction , it could go on depending on how incessantly this field is researched with a long term goal of Using AI for better good of Humankind.

The plausible form it could manifest is that of Collective General intelligence. From the definition of Decentralized Autonomous organizations we can confidently deduce that the Blockchain technology would fare the best to underlay these large incentive networks that are orchestrated by Consensus protocols and smart contracts and rewarded by tokenization of the inputs of network participants that they are provided the ownership of their inputs. Its already apparent that whenever AGI is realized it would inescapably bring with it the possibility of replacing humans in numerous areas, However we are still in an advantageous position to reconfigure the preconceived probable outcome since we can keenly explore the likely constituents of a Collective intelligence systems. The progress of Humanity and innovation is of paramount importance hence when we would merge Block chain and AGI we can create an ecosystem within an ecosystem like what the many proponents of Human Intelligence believe.This collective intelligence can be a network of human intellects that work in an autonomous manner towards solving myriad problems that can be broken into sub problems that are parallelizeable and can be evaluated based on consensus algorithms the data from which is then documented through the block chain ledger when integrated in the framework of the general purpose intelligent systems can Maximize the value creation.

What do we mean by maximizing value creation

It is obvious that the notion of value creation is obscure because goal of maximization of value creation is predicated on what every project perceives to be a value to strive towards attaining.This can be quite discomforting if we would ponder on a AGI first trajectory versus AGI and Blockchain concurrently which again incites speculation as to the speed of deployment of such a stupendous initiative. DAO’s can do away with all the complex and hindering traditional organizational structures because a DAO combines disruptive technologies for a seamless flow through processes while recording all the necessary transactions on the block chain to foster transparency across critical performance areas, bolster decision making through consensus protocols and compensates participants on the basis of the conditions stipulated in the smart contracts. Utmost attention must be devoted to the Goals that we seek to encode in the seed AI which it will evolve to realize , nevertheless the degree of transparency Decentralized autonomous organizations offer will take care of timely documentations the AGI is undergoing so that we can conveniently forecast its trajectory.

Benefits of this merger to the world

While the possibility of the rise of AI prompts fears of mass unemployment, here however this merger engenders the importance of Human Intelligence that we can collectively work with AI to train it with our values and guide its growth while incentive tokens compensate us for our efforts. Likewise AGI using its ability to emulate minds and understand human values can offer us humans a reflection on our acts and beliefs again the personal data generated through these interactions would be owned by the individual generating it. The possibilities illustrated here still pale compared to what could actually be unveiled and realized when we actually build such a system.