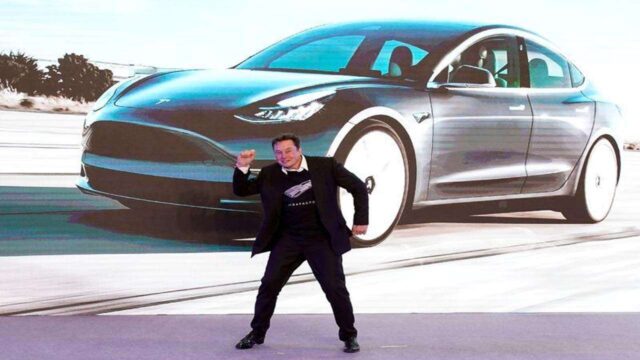 Tesla had to earn US$ 401 Million of regulatory credits in Q4 of FY20, for net income of US$ 270 Million. Best part about regulatory credits is that, they get directly added to the bottom-line. Tesla has secured almost US$ 1.6 Billion in these credits, till now.

Why regulatory credits to Tesla ?

Many governments across world incentivise auto manufacturers, to produce low emission vehicles, e.g. in Europe, vehicles emitting more than 95 Gms of CO2  per KM, are fined for and that emitting less than 50 Gms. of CO2 are  incentivised with “Super Credits”.

China and 13 states, including California (Where Tesla has a manufacturing facility), in USA have such credits for auto manufacturers. There are rules related to minimum nos of vehicles required to be manufactured under this category, viz a viz total sales in the particular state.  The incentives increase depending upon the range of vehicle.

All the auto manufacturers are required to earn a minimum no. of regulatory credits. In case they don’t earn internally, they can purchase from other manufacturers, like Tesla.

Tesla manufactures only electric cars, which are Zero Emission Vehicles (ZEV). That means they get regulatory credit for each car they manufacture. They keep getting regulatory credits, over and above the stipulated ones. The excess credits, thus accrued, can be sold to other auto manufacturers for profit. The profits, thus generated mostly goes to bottom-line of Tesla.

Over the years, markets always witnessed that Tesla over-projects and under-delivers. Most times, they have missed their new model rollout plans, quarterly nos., etc. Tesla is also surrounded by lot of lawsuits and controversies. Thanks to CEO Elon Musk. The stock under performed over these years.

However, last year, during Covid-19 lockdown period, it caught fancy of market. It rose more than 700%. This was termed as “Renewable Energy / Electric Vehicle play”.  In Indian markets also companies like Tata Motors & Mahindra had a stellar run, as a rub-off effect of Tesla rally. In fact, most months, they rallied in tandem.

All these regulatory credits have formed part of Tesla’s net income, over last few quarters. Hence, in spite of making operational losses, it is able to generate net income only on the basis of these credits. To that extent, it has excess dependence on this credits.

However, the market for this is not structural and in fact uncertain. During Q4-2020 earnings call, in a reply to query, related to the outlook of these credits, Tesla CFO categorically said “What I’ve said before is that in the long-term, regulatory credit sales will not be a material part of the business and we don’t plan the business around that,” he said at that time. “It’s possible that for a handful of additional quarters it remains strong. It’s also possible that it’s not.”

Ace fund manager Michael Burry, who was the first to identify Sub-prime mortgage crisis, and made fortune out of it, has made a bearish bet of almost half a Billion in puts of Tesla. He is skeptical about these regulatory credits and Tesla’s over dependence on that.

Most of the auto manufacturers, including a recent one- Lamborghini, have realized need of the hour. They are moving to either electric or hybrid models. Hence, in future most manufacturers will get regulatory credits and there won’t be many takers of Tesla’s regulatory credits. This rightly poses risk to future revenues of Tesla.

Nobody knows, what’s lying ahead for the fortune of Tesla. But, those who invested in Tesla, during lows of March-2020, are sitting on huge profits.

This website uses cookies to improve your experience while you navigate through the website. Out of these, the cookies that are categorized as necessary are stored on your browser as they are essential for the working of basic functionalities of the website. We also use third-party cookies that help us analyze and understand how you use this website. These cookies will be stored in your browser only with your consent. You also have the option to opt-out of these cookies. But opting out of some of these cookies may affect your browsing experience.
Necessary Always Enabled
Necessary cookies are absolutely essential for the website to function properly. These cookies ensure basic functionalities and security features of the website, anonymously.
Functional
Functional cookies help to perform certain functionalities like sharing the content of the website on social media platforms, collect feedbacks, and other third-party features.
Performance
Performance cookies are used to understand and analyze the key performance indexes of the website which helps in delivering a better user experience for the visitors.
Analytics
Analytical cookies are used to understand how visitors interact with the website. These cookies help provide information on metrics the number of visitors, bounce rate, traffic source, etc.
Advertisement
Advertisement cookies are used to provide visitors with relevant ads and marketing campaigns. These cookies track visitors across websites and collect information to provide customized ads.
Others
Other uncategorized cookies are those that are being analyzed and have not been classified into a category as yet.
SAVE & ACCEPT