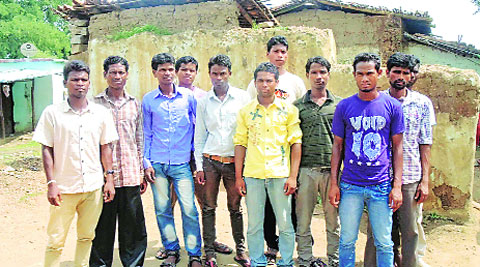 For generations, ecosystem of villages, have been revolving around agriculture and at max agriculture linked, peripheral activities. This translates in over dependence on agriculture produce and in turn nature. Due to climate change, for last several years, monsoon has been unpredictable, resulting, many times, in back to back famines. This has been disrupting village economy quite significantly.

For ages youth from village had been groomed to be a farmer. Given the basic education infrastructure in villages, there is little motivation for children to attend school. Hence, during formative years, he would spend more time on farm than school. Earlier, there had been a great disconnect between a village and a nearby town/city. Youth from the village would remain confined to the limited livelihood opportunities in villages. In certain cases, rich farmers’ son would go to cities or abroad for education and eventually migrate to cities/abroad.

With rapid industrial development, expansion of cities and development of transport infrastructure, the villages have either become part of city suburbs or at least there is easy access to city infrastructure. This has led to ignition of aspirations among the rural youth to acquire life style of youth of cities. However, his financial background is not permitting him to do so. He gets admission in colleges nearby villages or tier 2 cities. The colleges don’t have proper teaching staff or learning infrastructure. In spite of any knowledge of domain instilled in him, somehow he passes from 1st year to last year.  He completes his graduation or at times even post-graduation. However, the qualifications possessed through these institutions are worthless and not acceptable to industry/businesses. Since, the youth doesn’t have basic knowledge of the domain.

Youth, who are school dropouts, either start working on farms, drive rickshaws or work as temporary labourers in nearby industry or NREGA sites. There is no scope for sustainable, leave aside incremental, livelihood opportunity. There is very little hope for ‘Vertical Mobility’ of their careers & earnings. Hence, eventually, for years, they get squeezed by their employers cheaply.

This can change with Transformational changes in education system in India. There has to large scale investment in basic education, more so in villages or tier 2 & tier 3 cities. There has to be a mission mode approach towards this. There doesn’t seem to be any focus of Government on this burning issue, which is known to everyone for decades. The Government has done very little to this major challenge before India. B.Ed. colleges, which create teachers, are closing down or they are in pathetic conditions. There is absolutely no motivation among the teachers (in spite of high salaries, post 7th pay commission).

Growing population and unemployable youth is a stark reality of today’s India. Unless Government showcases to the world, the developing education scenario, be in main stream or vocational, the foreigners are not going to set up their shops here, in hurry.

There is a lack of better lifestyle due to lack of income due to lack of career opportunities due to lack of proper education. Youth from village is desperate and to some extent frustrated. The key is “Good Quality Education” There has to be “Reboot” of Indian Education System. Whether it should have preceded “Reboot” in  Financial Sector, is anybody’s guess.

Covid-19 pandemic has worsened the situation with large scale job losses. Time has come for small, medium and large to look beyond P & L and go for large scale employment drives.