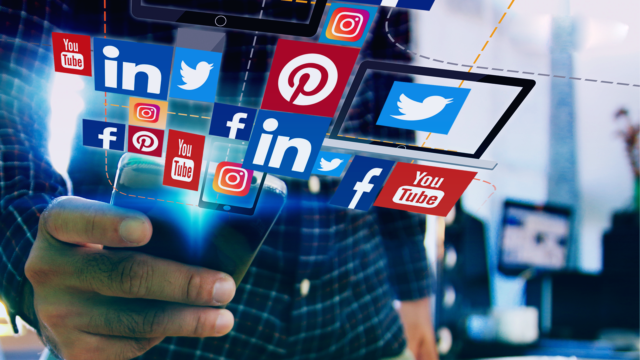 Dr. Li, an ophthalmologist in Wuhan, was the first one to realize outbreak of highly contagious SARS like illness. He wrote a message in WeChat group. He warned his fellow doctors of this illness. He advised them to take precautions against possible infection. Soon, he was summoned by police for investigation. He was warned by them, not to spread panic.

He is considered whistle-blower of Covid-19, who first used social media to caution people. He eventually died in February 2020 due to same disease. His last post from hospital bed, drew more than 1 million comments, knowing well Dr. will never reply to the post. These messages are more a homage to a great person, who tried to warn the world of the deadly Covid-19.

Since, beginning of the period, social media is being used mainly for leisure activities. But, in times like Pandemic, social media has turned out to be a boon, for mankind. Unlike other means like Radio, TV, this is an interactive and responsive medium for exchange of information. The reach and speed, may not be as good as the former, but impact is far reaching.

Internet users in India have soared from 636 million in 2019, to 761 million internet users, in 2021 and globally there are 4.93 billion users. Most of these are active on some or the other or many social media platforms. With this kind of users, responsibility naturally was to be embarked upon social media during pandemic. All the stakeholder of these social media platforms are entrusted with roles related to fighting pandemic, with their best of abilities.  However, this is a double edge sword. On one side, it has become an important, handy tool for Governments, Healthcare professional, Research & Social Organizations, Universities and common people, to generate health and precautions related information and disseminate the same for effective fight against pandemic. On other side, miscreants have used it for spreading misinformation.

By and large, Celebrities, film actors and politicians across the world have displayed exemplary sense of responsibility during pandemic. Knowing they are great influencers on people, they contributed their bit in every possible way to create awareness about this virus. These are the people who rose to occasions. Even, governments effectively used this influence to fight pandemic.

As of 1st June, there are confirmed 170 million covid-19 positive cases (since the beginning of pandemic) and 3.5 million deaths, directly or due comorbidity. I will stick my neck out and say that, had it not been the social media, the picture could have been much worse.

Typically, social media posts across platforms like Facebook, Whatsapp, Twitter, Instagram and what have you, appear in the form of a stream. One stream consists of variety of themes, making difficult for users to pick-up, digest and follow right information. These streams look chaotic.  But, with extensive usage of hashtags, the chaos is more organized in themes, such as, Government directives, ways of breaking chain, medicine or help seeking, individual experiences, origin of virus and healthcare facilities and last but not the least, Vaccines. These hashtags help users to separate right from wrong ones.

The social media is also an important source of information for researchers, to study behaviour, attitude and perception of people and organizations, directly and indirectly affected by the pandemic. It has helped in studies of mental health of patients & their closed ones, varying attitudes of people, detecting geography specific trends and quality of healthcare systems. However, universities & research groups struggle to clean the excessive, unreliable information about rapidly spreading pandemic.

One of the major challenges has been misinformation about critical public Medico-health related issues. Barring information from credible organization or reputable doctors, there is a chaotic spread of highly inaccurate and unreliable health information on social media. Most of the information posted is forwarded, from anonymous sources, difficult to track. It is often incomplete and without any justifiable references. It is unfortunate to find many people spreading misinformation on Facebook, YouTube or other such media to get more views and likes.

Indeed it is a great medium to bring people together. However, it is also used by people, mostly anonymous or fake, for cyber-bullying and exploiting public opinions. For long, organizations or groups with malafide intentions, use fake / anonymous accounts to influence public opinions. In past, many social media platforms, political parties and NGOs were accused of these wrong doings. It is unfortunate that, even during these unprecedented times of pandemic, these trends continue, with off course different objectives.

Medico-Healthcare professionals faced a different type of challenge, vandalism of professional image. During pandemic, especially during second wave, the social media was used to post and forward unethical contents, intended at tarnishing their image. There was a scathing attack on certain hospitals and healthcare workers, due to deaths of patients. Given the lack of medical facilities and public health infrastructure across world, even in developed countries, these consequences were certain. However, it is unfortunate to see people overlooking the mammoth efforts put in by these professionals in treating the patients through long duty hours. There was also a recent controversy by way of verbal attack of a yoga guru on a specific stream of medicinal studies. These are the kind of incidents that can be avoided.

Let’s hope sensible use of social media persists in times to come.