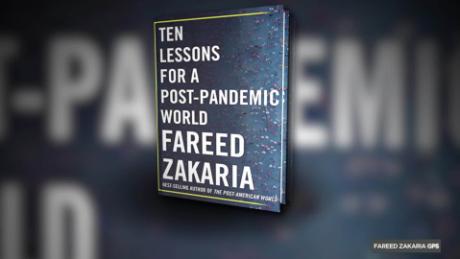 Fareed has brought uncommon rational approach in examining the world impacted by novel CORONAVIRUS. His narratives are original and grounded in reality with scientific approach.

Here are nuggets and takeaways from the book that I personally found of great value.

“Ultimately, countries are on their own. There will be time of war, peace, pandemic and economic growth.”

“The difference between domestic and international politics is that in the latter, there is no supreme authority. Competition and Conflict are perpetuities. Over the last century, countries have spent more time at peace than at war.”

“Computer networks must choose two of three qualities: openness, speed, and security. Economists have their own version of this idea, that countries can have two of the following three: free-flowing capital, independent central banks, and a fixed exchange rate.”

“The Centre for Disease Control and Prevention estimates that three-quarters of new human diseases originate in animals. The book examines and reveals answers to questions like *Why do diseases seem to be jumping from animals to humans at a faster pace in recent decades? Why bats? Why bats, as reservoirs for viruses, including a variety of coronaviruses, are studied at facilities like the Wuhan Institute of Virology.”

“How some countries managed to respond to the pandemic effectively? At the top of the list are Taiwan, South Korea, Hong Kong, and Singapore —which is remarkable because all of them receive millions of Chinese travellers annually. Some of the countries that beat the virus had big governments, while others had small ones. What was the common element? A competent, well-functioning, trusted state—the quality of government. All societies in the world began with a political system:  Patrimonial! Rule by a strongman.”

The book examines if there is disconnect between the experts and the people. The reason is the slave of the passions. We use rationality as a means to an end—but our gut tells us where we want to go in the first place.

World is digital, is one of the most interesting chapter and it vividly paints future of India. Great inspiration! It says:

“India leapfrogged the digital divide with astonishing speed. In 2015, it ranked 155th in the world in mobile broadband penetration. By 2017, it was consuming more mobile data than any other country on earth. And by 2025, hundreds of millions more Indians are expected to have handheld computers connected to the Internet. This move has been given a massive push by Mukesh Ambani, the chairman of Reliance, India’s largest company, who invested a staggering $37 billion in creating a new wireless network and offering it to consumers at giveaway prices. Ambani told me that he believes digitization will transform India like nothing before it. “In the next 20 years, in a networked society, we are going to have change much more than we have seen in the last 100 years,” he predicted. The mobile revolution is accelerating modernization in places like India at a startling pace. Not all the changes will be positive. Smartphones are already proving to be a dangerously efficient way to mobilize people along ethnic lines. Baseless rumours spread over messaging groups like WhatsApp have triggered mob killings in India in recent years.”

“People argue about end of globalization. This perception is erroneous as countries are shifting factories from China to another country.”

“A paradoxical feature of pandemics is that even though PANDEMICS begin with a specific location, they are decidedly not contained by borders. That has been true for centuries! Globalization has flourished because it is easier for different countries to specialize in certain areas. Post-gulf war, world was Unipolar and with rise of China the world has become Bipolar! Most countries are preparing the long-range policies to balance China.”

I place highest recommendation on the book !