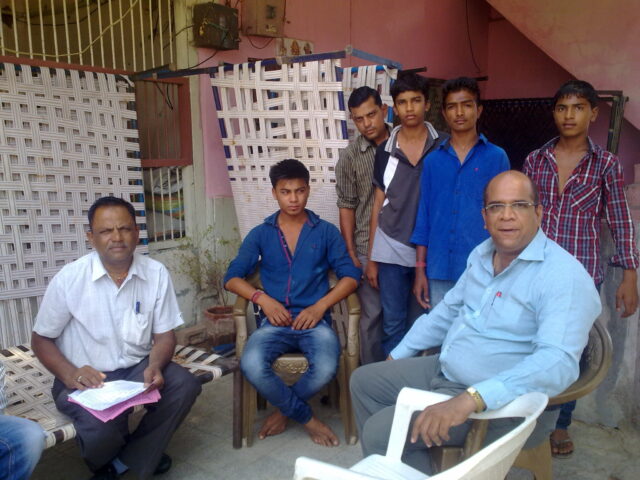 During my stint in Skill Development Arena, we used to move around in various villages around the great city of Vadodara. We used to motivate candidates to participate in skill development programs linked to livelihoods. These were short term, employment linked programs, e.g. Welder Training, Training for Fitters, Wire-man & plumbers. We used to find many young people roaming around in villages. They were graduates, school dropouts or ITI passed. But, they would do nothing. They would spend their whole day on mobile, chatting or zooming around on bikes.

We interacted with large no of them. Some were angry with the education system, which they went through. They believe that, they could not get good opportunities, because of that. Some of them want to make lot of money, but they don’t know about the means of achieving that.  They were waiting for some opportunity (God knows who was going to offer them), wherein they will be millionaires, in short span. Some were waiting for a large company to set up a factory near their village, where they will get opportunity. Some of them were willing to wait for these opportunities endlessly; Rather than, opting a way to success, which has hard work & struggle; but “success guaranteed in a reasonable time frame”. There were two underlying themes. First, most of them belonged to farmer families, with ownership of some piece of land and second, most of them didn’t want to migrate for sustainable livelihoods.

The elderly people in villages, along with our team, would motivate these young people, with stories of hard work. Along with us, they would explain about the struggle, that they went through to reach, where they were then. They told them that, during their young days, nobody approached them, with all these options, entitlements. What was wrong, where things went wrong over last one generation?  Or did it start happening after land prices started soaring? Because, in spite of all that, surprisingly, they were so sure about the security of their future! Probably, the high land prices were making them complacent about their future?

Did they are have unrealistic aspirations? Was their anger against the education system justified? Whatever might be the case, at some point of time in future, frustration will creep in their minds, as the days would pass and aspirations won’t get realized.

Some would complain that the companies were not employing them, due to lack of experience. Now, that was chicken and egg situation. One would say that, companies had to absorb them, otherwise how would they get experience.  But, whether, companies should appoint fresher candidates, is entirely up to them. But, were they reaching out to these villages to seek talent? Only few did, that too, as last resort. There appeared to be some disconnect between village level organizations and industry surrounding them. We couldn’t find many examples, where both these came together for some solution. There were jobs and there were skills, but there was information asymmetry, between both of them. This was a bad situation in front of industry, society and Governments, at large.

With my recent visits to villages, it appears that the scenario hasn’t changed, if fact worsened, due to Covid-19 linked job losses and lack of new opportunities.

As per study reports, In India, working age population (between 15 and 64 years) is going to be more than dependent population (under age of 15 and people above 65) for a period of 37 years, that is from 2018 till 2055. This is called “Demographic dividend”. It is considered to be a golden period of growth for any country. China and Japan have used it to their advantage. They achieved extra ordinary growth during that period. We are going to be on that trajectory for sure, this Covid-19 is just a little disruption in that long haul.

India’s population is more based out of villages than in cities. There used to be a stark divide in aspirations of urban and rural youth. With technology penetration, internet access that divide almost doesn’t exist any more. However, urban youth is aware of and have access to innovation ecosystem, which rural youth doesn’t seem to be aware of. I realized this, when some rural youth explained me about an innovative idea related to increase in agriculture crop throughput. I immediately mapped him with an engineering college, which was a nodal agency to nurture “Startup Ecosystem” in the geography. They were not aware of existence of such an ecosystem in their close proximity.

For demographic dividend to be realized, by entire country as a whole (don’t want to lead to India and Bharat debate), there has to be a universal mechanism, an ecosystem, which listens to aspirations of the rural youth and map them with right channels. Currently, In India, there exists a paradoxical situation that, on one hand large portion of rural youth is skilled/ educated but unemployed and on the other hand, industry doesn’t find skilled manpower in a country of 1.2 billion people. This fault line is going to pose a big challenge to realize demographic dividend. This disconnect between society & industry and in turn the information asymmetry related to supply & demand of skills, will lead us nowhere. We need to fix this disconnect to make the most out of the greatest opportunity of “Demographic Dividend” for our country.